The homes would have been reserved for families currently living in single-room-occupancy hotels. A spokesman for the developer, Joe Arellano, said both proposals — the one from November and the new one — would be unveiled at the Feb. It throws a lot of skepticism on whether their offer is genuine.

The company has the Folsom St. Offers were recently due on the unit laundry property project.

A special Planning Commission meeting on the development at Mission St. The Mission High meeting will be limited to four hours.

The developer and the opponents, the Plaza 16 Coalition, will each have 10 minutes to present their arguments. Public comment will be limited to one minute per person because of the number of community members expected to weigh in.

The two neighborhood affordable-housing developers — Mission Housing and the Mission Economic Development Agency — are working on developing about 1, affordable-housing units in the neighborhood. About half of those are either under construction or close to breaking ground. However, the frenzy of affordable construction activity, coupled with a slowdown in new market-rate development, means that the city lacks money for new projects like the two affordable ones Maximus is offering.

Angelica Santiago, a Mission District native who works for the pro-Maximus group Mission for All, said the public hearing will show that plenty of neighborhood residents support the development. Both groups came to a head at Mission High School on Thursday. Earlier in the day, Maximus had said it would build up to affordable housing units on two other parcels, Folsom St.


Chirag Bhakta, one of the leaders of the Plaza 16 Coalition, said that he was dubious that Maximus will ever build out the alternative affordable housing sites. Other speakers questioned whether Maximus has entered agreements to purchase the alternative sites, one of which straddles a laundromat.

Speakers from the pro-Maximus Mission for All group, meanwhile, argued that the city needs housing now — including market-rate units. Some noted their membership in local trade unions such as Sprinkler Fitters Local Maximus project manager Rogelio Foronda emphasized that the project fits into the zoning history of the neighborhood and that the developer has listened to community opposition and reframed the proposal in response. Despite the kerfuffles, planning commissioners noted at end of the meeting that the opposition still wants to see housing built on the site — just not market-rate housing. 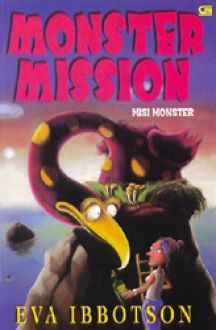 Several commissioners voiced their concerns outright that the Maximus project would indirectly lead to displacement through increasing surrounding property values and driving up rents.